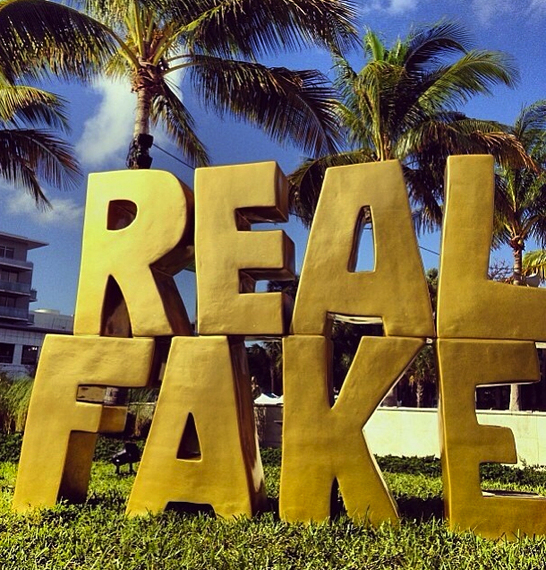 This is a story about being cool.

It starts, preposterously enough, with The Police. (For the record: I could’ve gone with the always cool The Pixies to spin this yarn, seeing as they were involved in a similar issue a few years later, but this article is about placing truth over appearing cool, and I can’t imagine a better way to exonerate myself from any pretence of cool than to begin with Sting.)

The band had reformed in 2007. Much hype, much hoopla, much gripe on my part for failing to bagsy a ticket that wasn’t way out (or rather, tout) of my budget, certainly not enough to warrant seeing a band I used to love as a kid but then forgot about because of, well, Sting.

But that’s when I first noticed it, the phenomenon of Facebook Fan Fakery, since updated as Forum Falsities, Twitter Tall Tales, Blogger Bollocks and all-round Social Media Mendacity. It started innocently enough. After spotting a friend on Facebook cream himself over getting tickets for the big reunion gig at Twickenham Stadium, I freely expressed my envy on his wall, and after a bit of public to and froing of our mutual adoration for The Police, I joshed, “whatever anyone says about Sting, you’ve got to hand it to him – he wrote a song on a transatlantic number one pop album where he rhymed National Front with cunt”.

A real Police fan would know the reference. If you don’t, that’s fine, that’s the point of this article. It’s a Sting lyric, why on earth should you give a shit? But what I got from this guy, after a length of time that can only be described as Frantic Googling, came the validation-seeking, in-the-know-establishing proclamation: “Rehumanize Yourself, lol”.

Face to face, you can rip the mask off a charlatan with ease. We’ve all taken twisted pleasure in doing so. Whether it’s a mate’s tryhard girlfriend pretending to be an Arsenal fan or that Hipster twat at a party waxing pretentious about Manga, the briefest of inquisitions is all it takes to leave them flailing helplessly in their quagmire of deceit. But on the Internet, where expert opinions are freely available for the leeching, anyone can lay claim to knowing pretty much everything.

One of my more evil pastimes of late has been catching out the fakers in increasingly inventive Google-defying ways. Like asking the friend who announced “OMG Pixies my favest band ever can’t wait to see them” whether he thought they’d play any tracks from the lost Terra Cotta album, or the one that swore her life was complete because she’d got tickets to her beloved Stone Roses whether she hoped Bobby Gillepsie might join Brown and Squire on stage to sing True Love one more time, or whether Kate Bush would do a French number like she used to at those secret Gaultier gigs. The overall response to these remarks, onerous as they were to be easily validated by Google, went along the lines of “yeah, man, totally”.

The real fans, of course, simply pondered: “What the fuck are you talking about you dickhead?”

This isn’t the elitist muso in me talking, in some ‘ooh you can’t be hip enough to be into Kool Keith’ kind of way. If you want to be into Kool Keith, knock yourself out. YouTube, Spotify, Soundcloud et al means you can listen to everything he’s ever done from Ultramagnetic MCs to Dr Octagon without missing a beat. What I don’t get is why anyone would pretend to like him? Ah, because he sounds cool.

You might say it’s harmless. Aspiration isn’t a bad thing. Rather someone feign fandom for Johnny Cash and Nina Simone than actively champion Johnny Borrell and Nicki Minaj. But in reality, this fake fanning around makes a mockery of those who are genuinely passionate about artists and their work, a fact that’s never more irritating than when one of them dies.

Reading the gushing eulogies of the likes of Philip Seymour Hoffman and Maya Angelou would make you think the Twitterati had all lost a family member, but really. How many of them had seen or read, let alone had any strong opinion about Capote or I Know Why The Caged Bird Sings?

I was absolutely gutted when Rik Mayal died, it’s because of him that I swear all the fucking time, but amid the heartfelt outpouring of sorrow, there was simply too much faux mourning being shat out on my newsfeed for me to pen my obit. I daresay I wasn’t alone.

Why? Why can’t we just say, ‘you know what, I knew nothing about Maya Anjelou’s work, really, I just Googled her because I name-dropped her for this rant I’m having on Huffington Post and Why The Caged Bird Sings is the first poem that popped up on Wikipedia, I respect you enough not to hoodwink you into thinking I know anything about Maya Anjelou because, if we think about it, that would be just a little bit insane, but ask me anything about The Police, and I’ll be happy to share what I know, not because I’m trying to be cool but because that’s what I actually like and if we’re to connect, it should be over things we like and not stuff we’re only pretending to, right?’

Making out you’re into something you’re not into isn’t so different from faking an orgasm. The person putting it on gets nothing out of it; the one on the receiving end is cheated without even knowing it.

Truth is good. Even if it means admitting to everyone you actually rather like Sting.