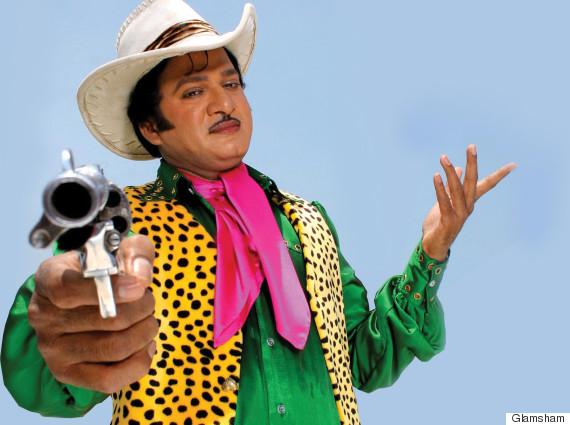 As if hailing from the Indian sub-continent wasn’t exotic enough.

My hate-affair with jazzing up one’s ancestry began when I came to the UK in the mid-80s. My family fronts the unexpected migrant tale of leaving behind a perfectly privileged life of tea estates and maids in Bangladesh to start anew for the sake of our education (my brother was finishing college and the universities there were as much a hotbed of extremism then as they are now). Much of my family were heavily involved in the war of independence just before I was born, so I was raised to love my country and was, as patriots are wont to do, proud to be a Boy of Bengal.

I didn’t get why all the ones I met when I got here were so ashamed of their heritage. The Bengalis in the catering industry were doing everything they could to be thought of as Indians, while those in the dating arena were on a cringing tip to pass themselves off as half-Mediterranean or Persian. It wasn’t just British Bengalis either. You can still go to a salsa club anywhere in the UK and I guarantee you’ll meet a guy calling himself Pablo who turns out to be really called Sanjay.

My loathing for roots embellishing reached its crescendo when I read Jas Mann from Babylon Zoo, he of the blue contact-lenses, silver sarong and Spacemanfame, insist he was part-Sikh, part-Sioux. I don’t claim to be an expert on Wild West history, but I’m pretty sure Pocahontas never rode into the Deadwood sunset with a gunslinger named Singh.

From then on, any time anyone asked me where I was from (which, as any Asian reading this will vouch, has been all the bloody time), I’ve responded, ‘Indigenous Bangladeshi.’ Which prompted the other irritating observation, ‘you don’t look like a typical Bengali’. The poet Rabindranath Tagore and movie director Satyajit Rai were Bengali, TV presenter Konnie Huq and the author Monica Ali are Bengali – simply because most of the Bengalis you might come across brings you poppadoms doesn’t mean they are representative of all Bengalis. It’s a bit like judging all Americans by the serving staff at McDonalds.

Then, one day, my dad told me something annoying. While dining at Edgware Road, I came by a lamb dish that tasted eerily similar to the one my mum makes – the term ‘not typically Bengali’ is appropriate when describing her cooking – to which he casually announced that seeing as my mum had learned cooking from his mum, it was bound to have Persian influences. Why? Because his mum was from ‘Lebanon, or somewhere like that.’ This also apparently explained why so many of our relatives, including my brother and he, had fair skin.

So when the DNA genetic testing kit by 23andMe became popular (you’re bound to have seen the DNA Journey viral video by Momondo), I had to give it a go. I’ve seen white patriots shocked at finding their ancestry snakes back to the Middle East, anti-semitics being confronted with the news that they are part Jewish. This had to be interesting.

The results are in. I am 94.4% South Asian. That’s as pure as any homegrown racist can hope to be. Not much of it Bangladeshi, seeing as its only been in existence since the 70s, so it’s Indian all the way back. My paternal line goes back to the Haplogroup H, half of whom were made up of gypsies who came from southern and Eastern Europe to India during the Middle Ages, but I’m guessing my grandmother wasn’t that old. Either my dad was lied to, or my mum has some serious explaining to do.

What makes up the rest of my ancestry? My wife was most amused to find I am 2.6% Neanderthal, and, I’ve never hated Jas Mann from Babylon Zoo more – 4.9% Native American.

Turns out the gunslinger Pocahontas rode off into the sunset with may have been a proper Indian dude after all.